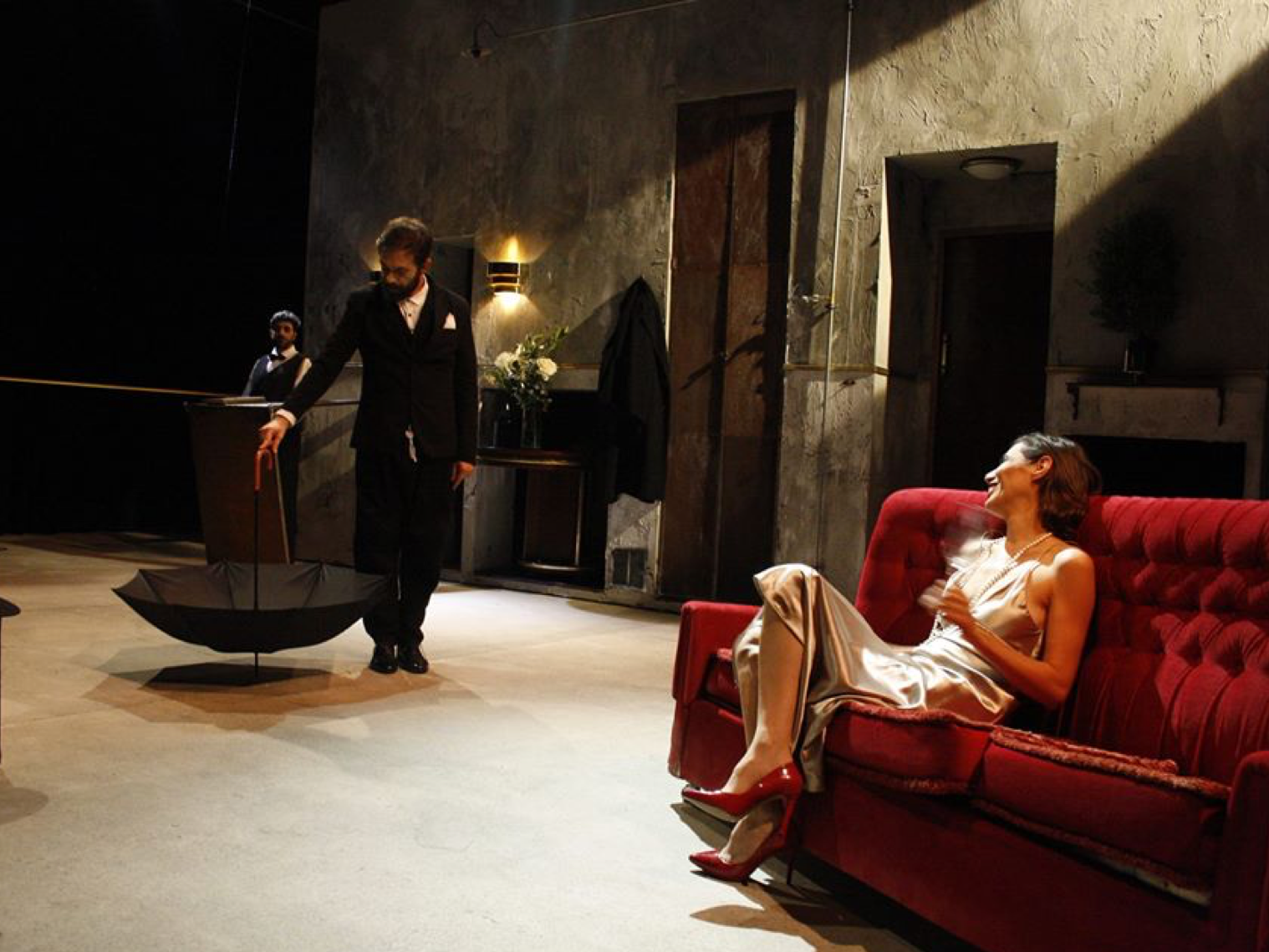 The lobby of a grand hotel, New Year’s Eve. A snow storm rages. Minetti, a long-forgotten actor, arrives in great spirits to discuss his comeback as King Lear with a theatre director. While he waits patiently in the hotel lobby, Minetti’s obsessive personality reveals itself in a series of strange encounters with other guests. He rails against outrageous fortune and unfulfilled ambitions, often colliding with crowds of young hotel guests who frequently burst in to celebrate New Year’s Eve. As with King Lear, the storm which rages outside reflects his turbulent emotions until he finally finds peace and resolution.